The Greater Everglades once covered over 18,000 square miles from Central Florida and South Florida from north of Lake Okeechobee to the Florida Bay. The unique land and water characteristics of this area produced a rich diversity of plant and animal life unique to the region.

However, approximately 56 plant and animal species have been put on the endangered species list since water management controls were implemented in the early 1900’s. In fact, more than half the Everglades has been lost to development.

As a way to “restore, preserve, and protect the south Florida ecosystem while providing for other water-related needs of the region, including water supply and flood protection,” Congress authorized the Comprehensive Everglades Restoration Plan (CERP) in 2000. This is the biggest hydrologic restoration project in United States history, with a budget of $10.5 billion and a timeline spanning over three decades.

The goal of the CERP is to restore the region, as closely as possible, to its undisturbed condition. It includes about 68 projects in a region stretching from the northern Everglades past Okeechobee to Florida Bay and has been designed to replenish the natural water flow while providing fresh water to over 6 million people.

What is the CERP?

At one point, over 450 billion gallons of water flowed through the Everglades National Park. Today, that number is closer to 260 billion. The Modified Water Deliveries Project, a restoration project that preceded the CERP, was developed to increase this water flow to around 325 billion gallons by 2010. However, demands from a rapidly growing South Florida urban population began to compete for this water.

The CERP is recognized as the largest environmental program in history. It was developed in 1999 by scientists, policy makers and public stakeholders to address environmental concerns such as population growth and water use. In 2000, the State of Florida formed a partnership with the federal government in order to mitigate these concerns.

The plan is expected to increase freshwater storage capacity and distribute this water for urban, agricultural and environmental purposes, reducing the reliance on water designated for the park.

The U.S. Army Corps of Engineers is the lead federal agency and the South Florida Water Management District (SFWMD) is the lead state agency in this effort.

How Will it Work?

The CERP has over 68 components. The four most important components to South Florida national park units are:

There are 68 projects in total that are designed to replenish the natural water flow while providing freshwater to over 6 million people.Over the past five years, significant progress has been made in restoring the Everglades, as closely as possible, to its undisturbed condition. The CERP projects completed during this timeframe include:

Written by Tim Harman
Tim Harman is a Principal Engineer with Handex. His primary role is to support major projects, transportation and infrastructure business lines, and strategic innovative technology initiatives. Tim has over 23 years of extensive remediation design and implementation experience. 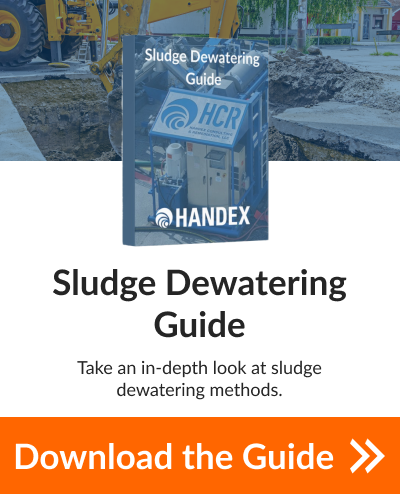